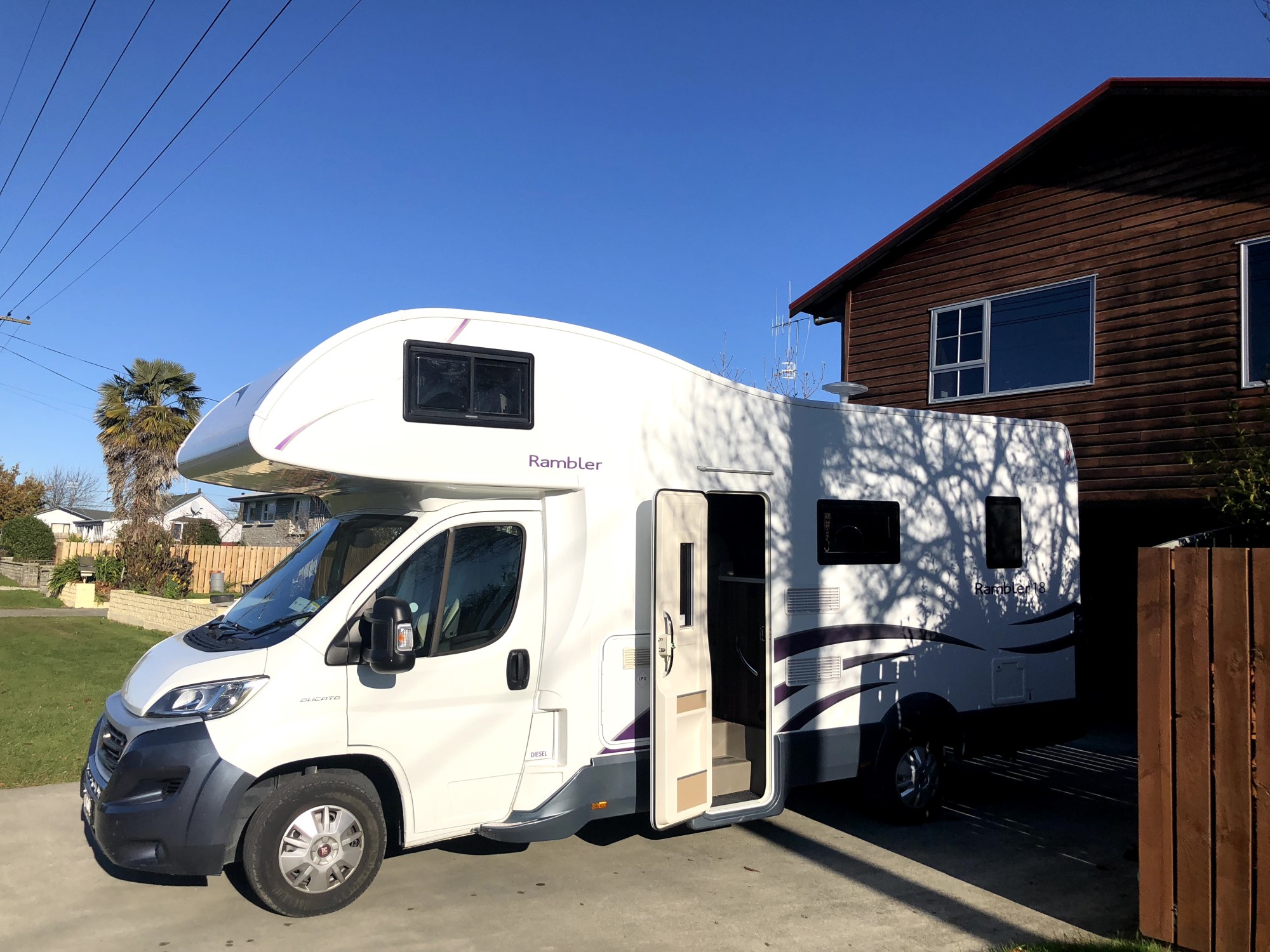 For a while we had been wanting to give Camper Vanning a go with the kids to see what it was like. When I say we, I mean Jolie. I wasn’t sold on the idea at all, stuck in a confined space with three very boisterous boys, what could possibly go wrong!! Well we decided to go for it over Queens Birthday weekend by hiring a 6 berth camper via Mighway.

We hadn’t told the boys anything about the weekend apart from we were doing something and that we would get them from school at lunchtime on the Friday. Boy were they amped when they saw the camper parked in the drive way!!!

We loaded the boys up and we were off on the adventure. We didn’t have a set plan of attack for the weekend, rather we just followed our noses and camped where we ended up at the end of each day.

We headed south via the inland road, heading into Mackenzie country. The weather once we got into the Mackenzie country was pretty chilly to say the least!! We stopped at Omarama on the way south for a quick coffee, the temperature gauge was saying 1 degree; it certainly felt like it.

At this stage we had made our minds up that Wanaka was to be our first night stop over.

After our first night, which took the boys forever to go to sleep due to general excitement, we headed to Puzzling World in Wanaka. The boys really enjoyed the indoor illusion aspect to puzzling world but not so much the maze.

After Puzzling World, we decided that the West Coast was the place to be as hopefully it wouldn’t have the low cloud and frigid temperatures. Before we departed Wanaka we took a quick visit to the DOC centre (as we often do on our adventures).

After the DOC centre we headed off and over the Haast Past which much to the boys excitement still had a little bit of snow around. We stopped at a few scenic spots along the way and once through the pass, we were rewarded with much better weather on the coast.

Once through the Haast Pass we camped up at Haast for the night but not before we had a great dinner at the Hard Antler Bar. The amount of antlers in that place was impressive to say the least and the food was great too after a big day of travelling!!

The next dawned an absolute stunner. We decided to head to Jackson Bay for a quick look around before back through the Haast Pass for our last night of the trip. Again not before we looked through the DOC centre. It truly was a fantastic day on the coast and with a slight breeze so no little sand-flies to destroy the serenity!!

With only one night left we needed to get a bit closer to home  so we didn’t have to rush on the last day. So off we went again over the Haast pass, past Makarora, Hawea and over the Lindis Pass. Once back into Central Otago and Mackenzie Country in was very cold again. The Lindis Pass had a low level fog and plenty of hoar frost. It was slow going making sure we didn’t end up off the road; I think we saw probably about 4 vehicles from Linids Pass to Omarama off the road, in ditches or paddocks.

Our last night for the trip was Omarama. Fish, chips and pizza was the order of the evening for tea which was thoroughly enjoyed.

We had one last stop on our way home on the Monday of Queens Birthday weekend and that was the Clay Cliffs, just out of Omarama. It was pretty spectacular with the hoar frost everywhere and low fog around the cliffs. 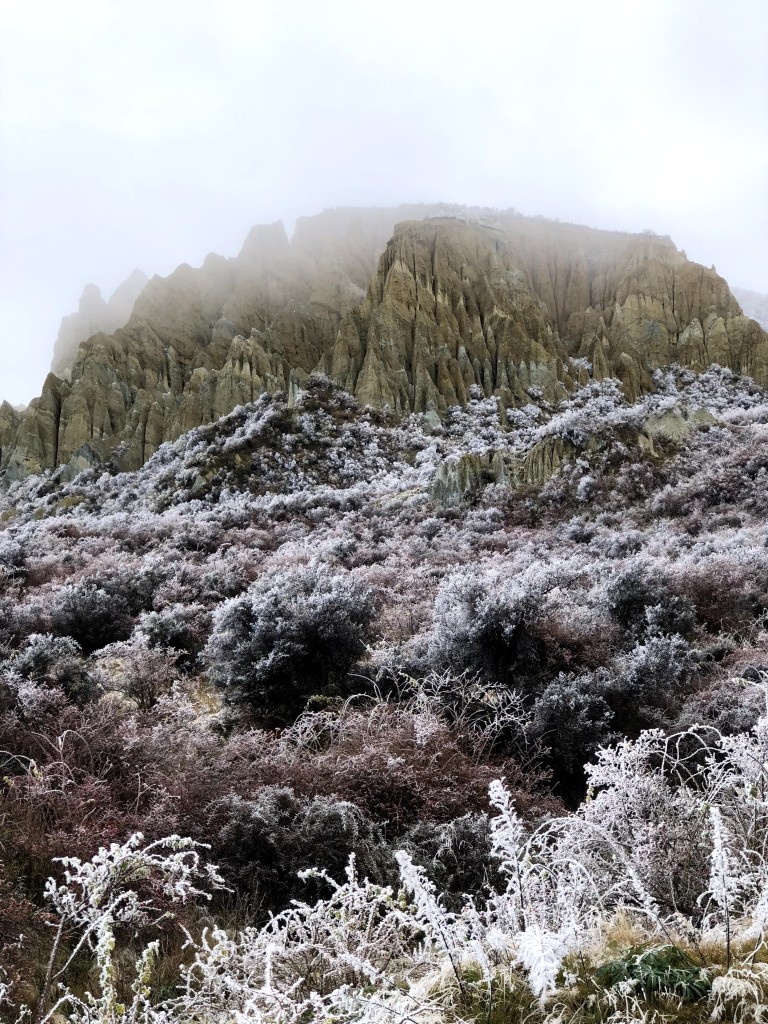 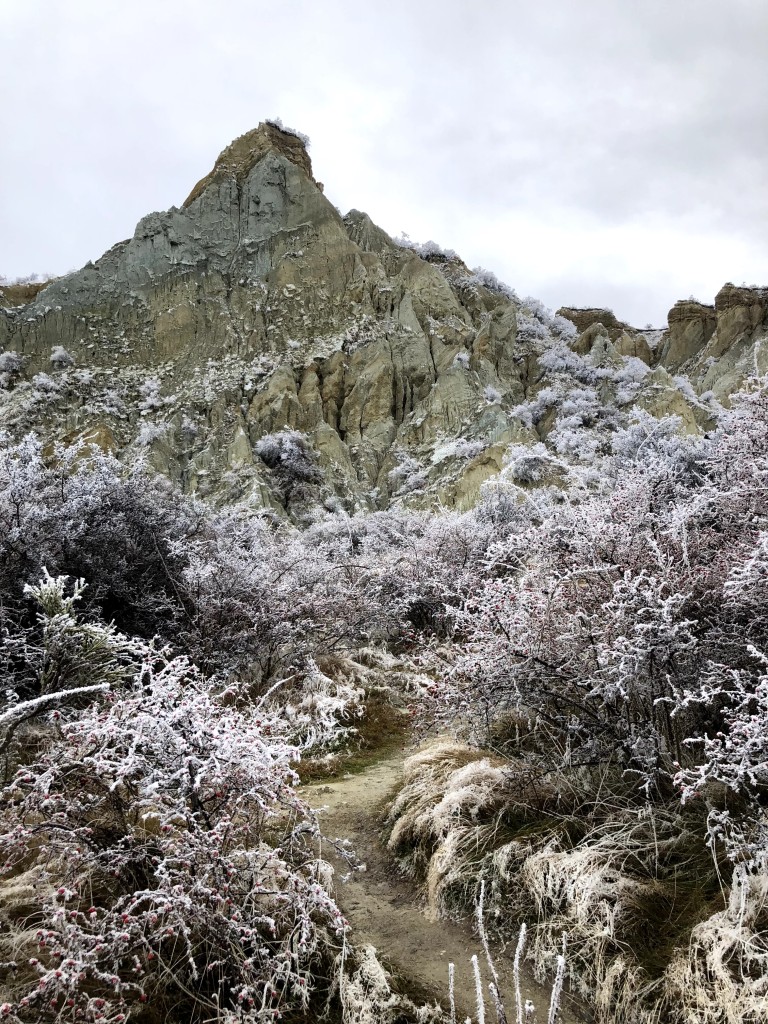 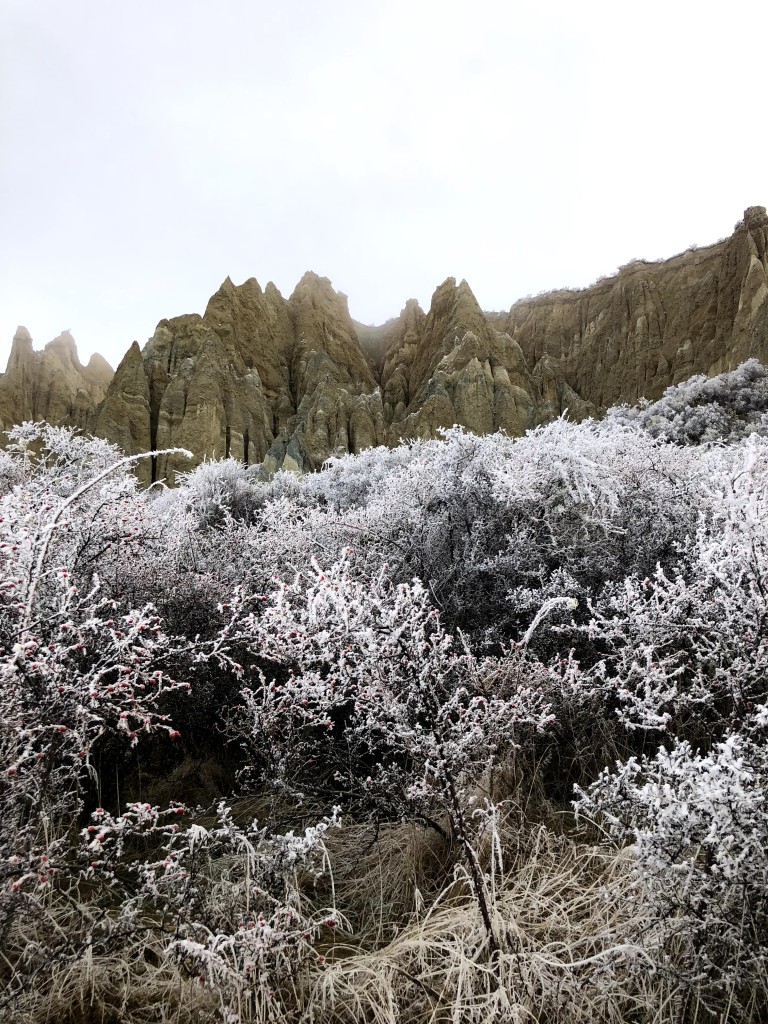 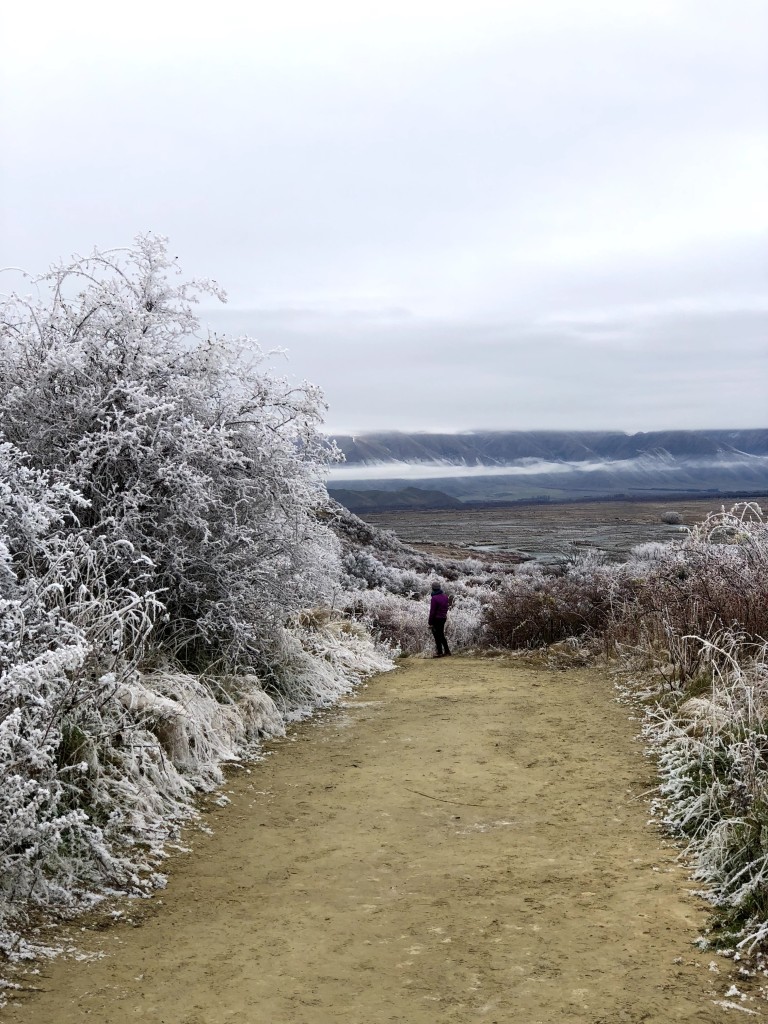 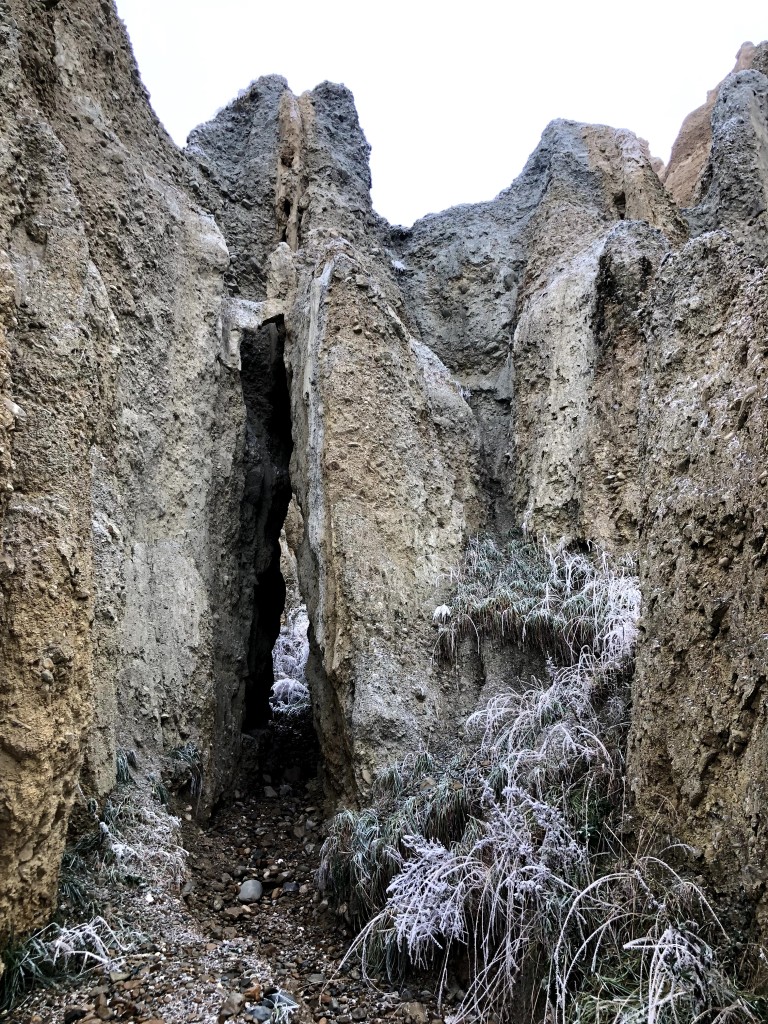 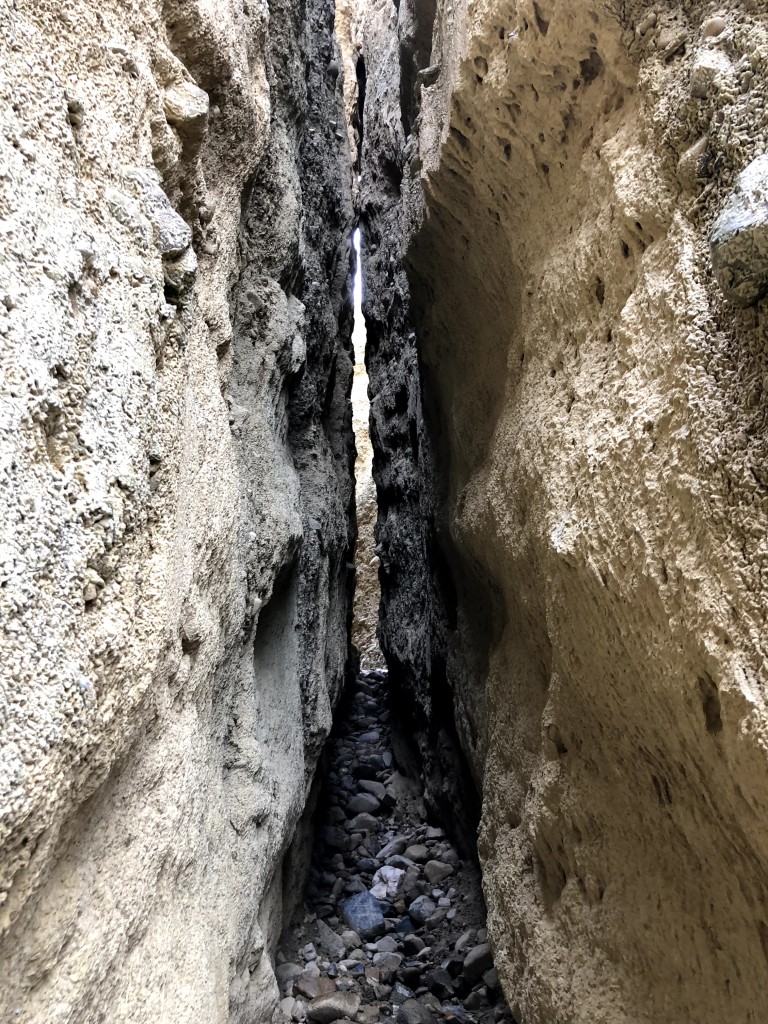 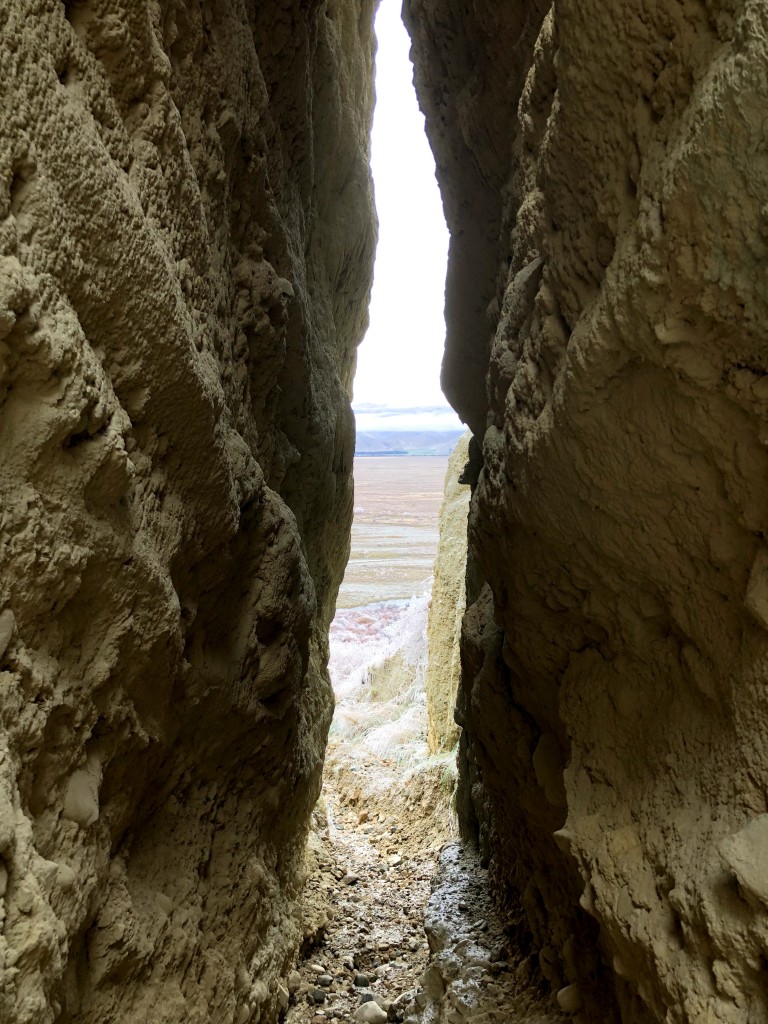 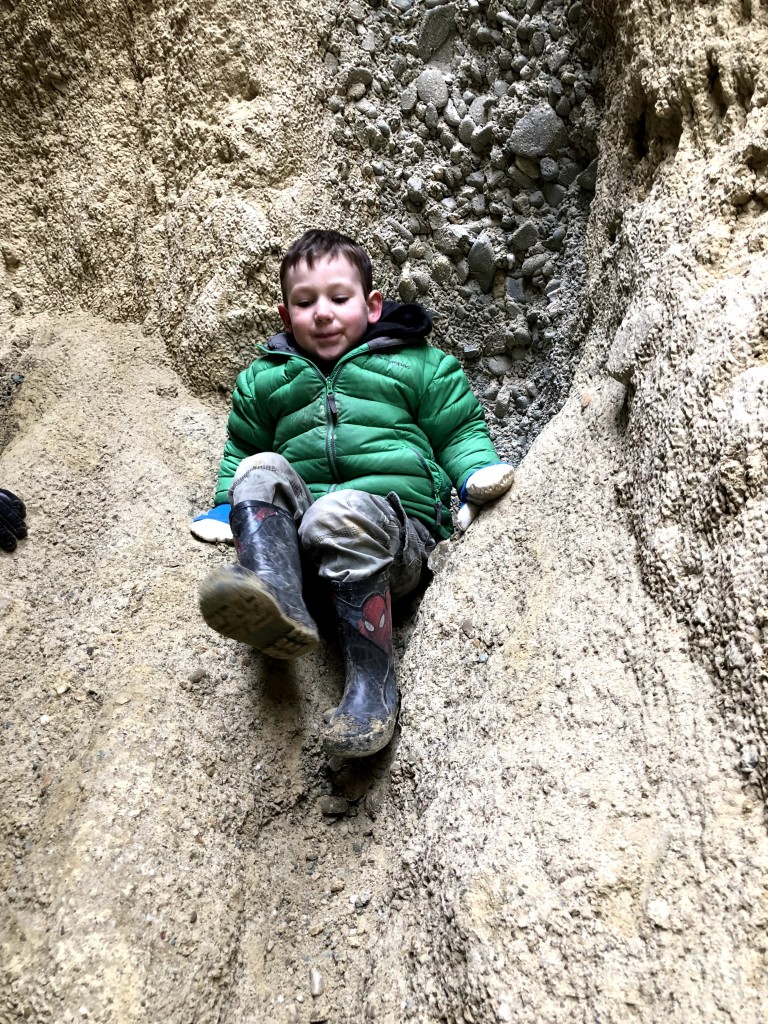 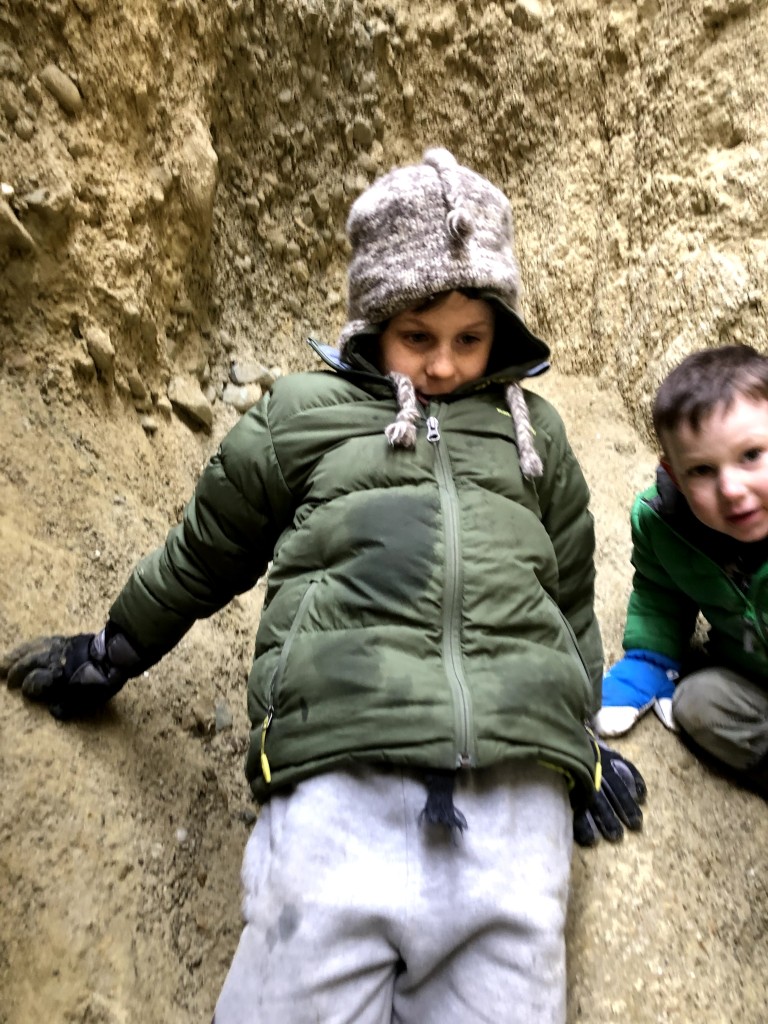 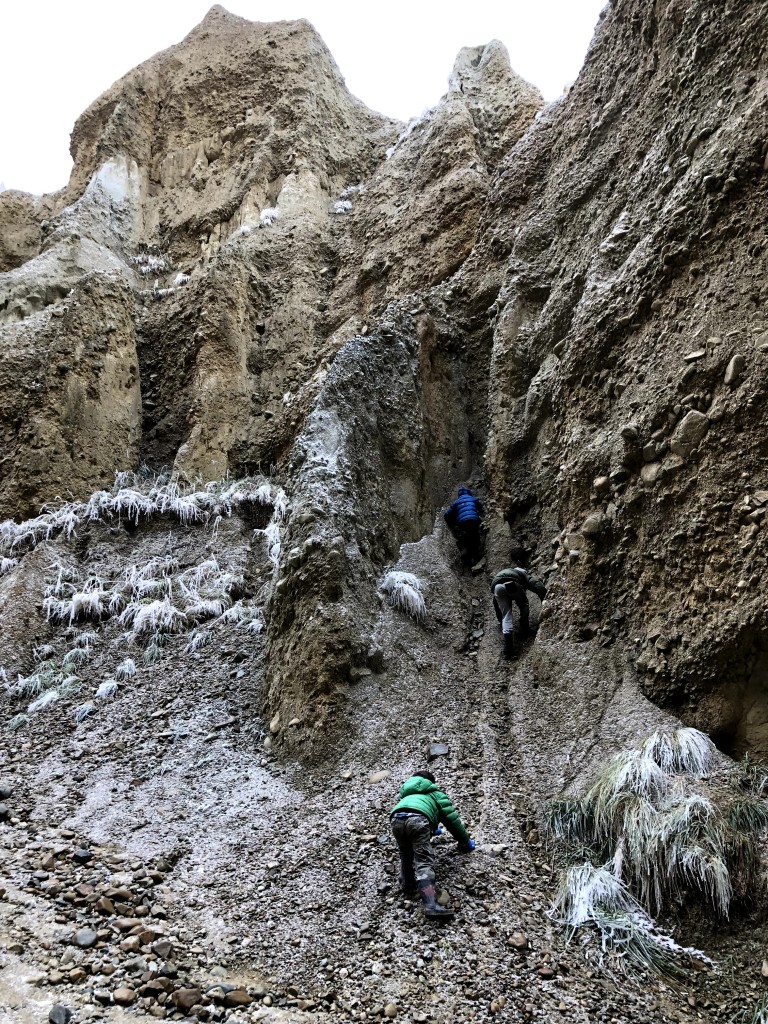 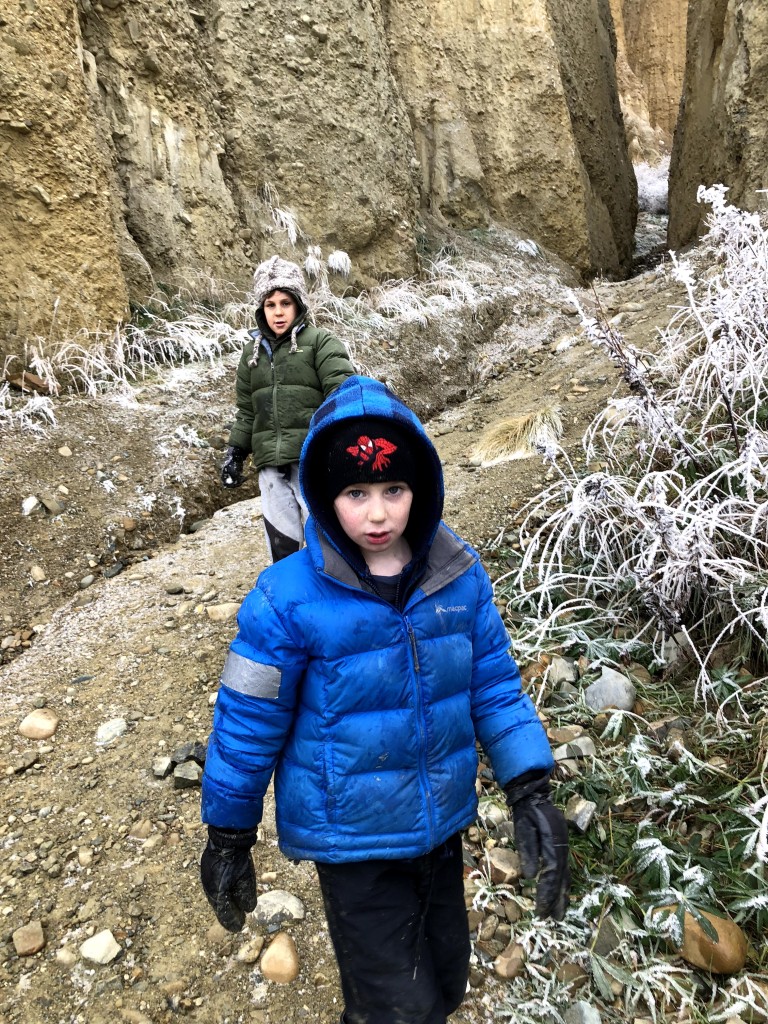 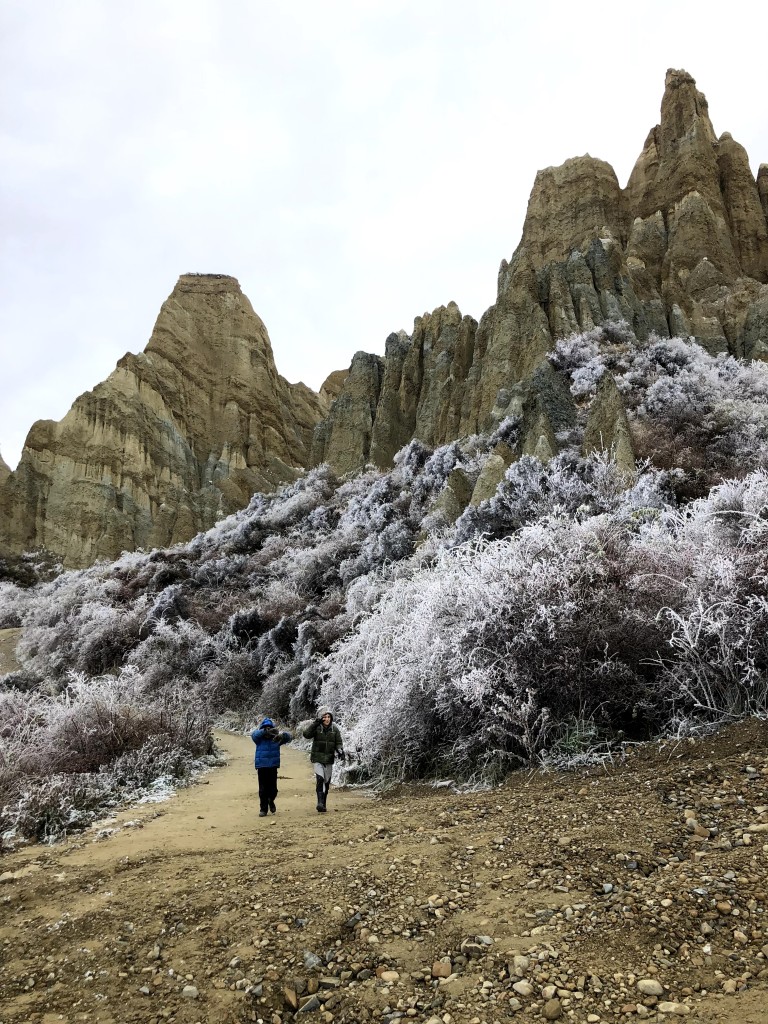 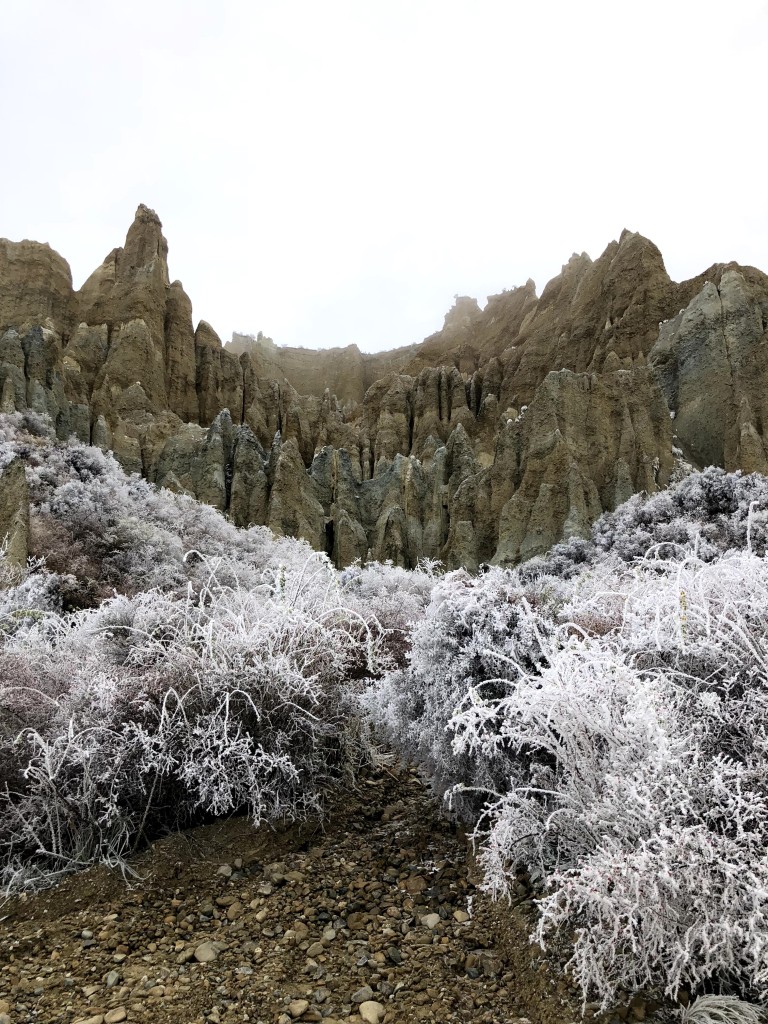 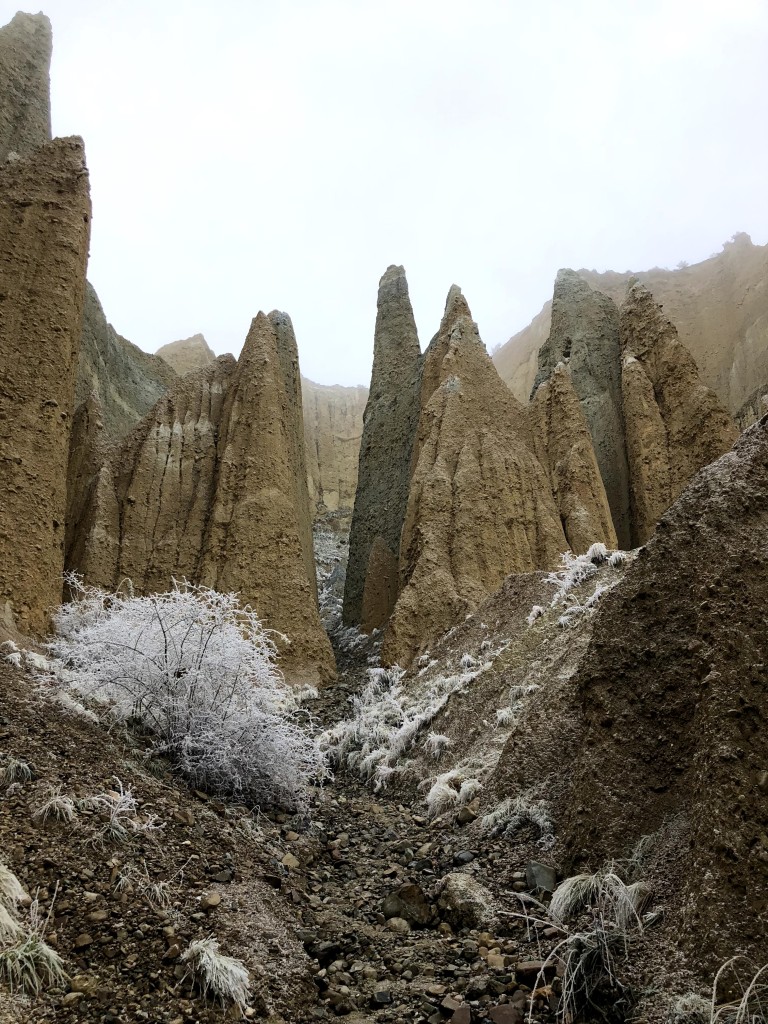 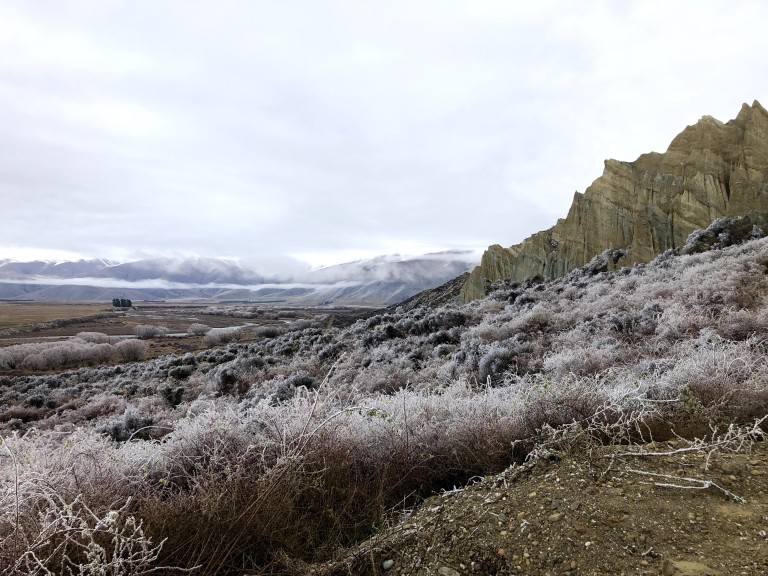 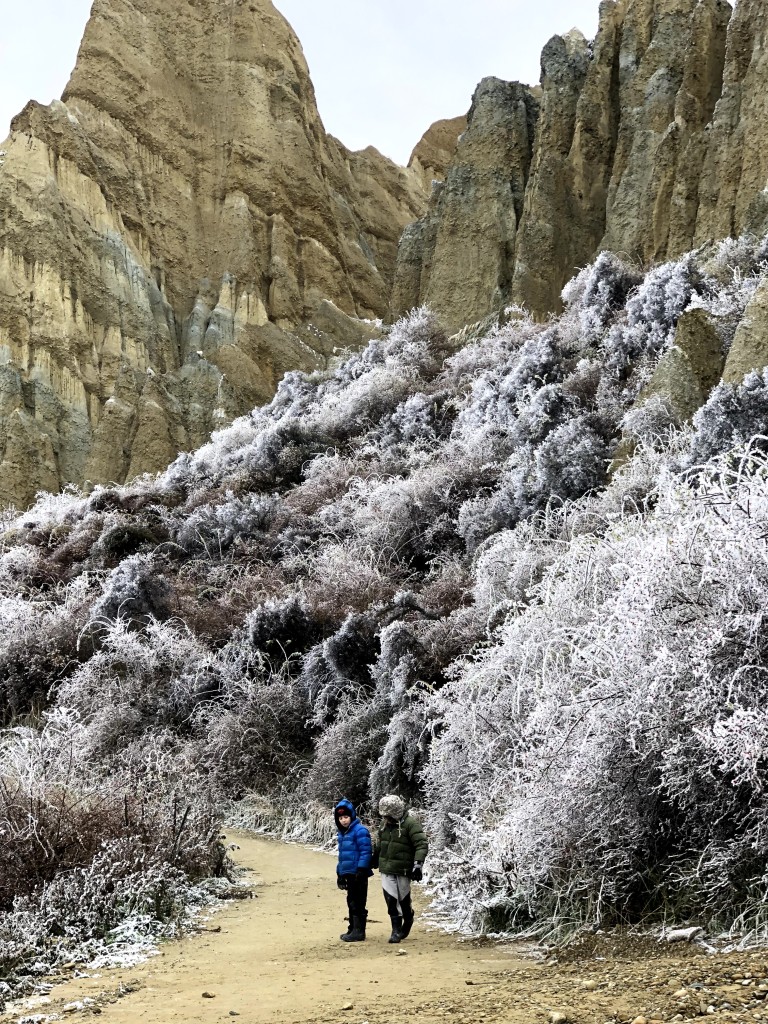 After the clay cliffs, we set off for home. Once home we packed up the camper, gave it a quick clean and returned it to its rightful owners.

It had been a great weekend with about 1000kms covered all up and some very cool spots visited.