Spring Challenge is a female multi sports event that is held annually. Each year sees it held at a different location in the South Island. This years event was held in Geraldine and the Peel Forest area on the 30th Sep and Jolie took part in the 6 hour challenge with two of her friends.

There had been many hours of training in the lead up to the event to ensure they were as ready as possible for the 10km rafting, 12km hiking, 35km mountain biking and 4km orienteering.

The info packs were given out at the team briefings the afternoon before. Friday evening then became a packing, repacking, checking, double checking and planning & re-planning night ensuring everything would go a smoothly as possible the next day.

Belinda and Jolie packing their gear

Planning (with our fantastic house host Max watching on

There were different starting time slots on the day to accommodate all the teams (326 teams of 3), Jolie and her friends started the rafting at 11:30am.

The rafting started at the Rangitata Diversion Race Intake and was a 10km paddle down the river. The start was fairly carnage as was the first Transition Area where a lot of the rafts came in pretty close to each other. 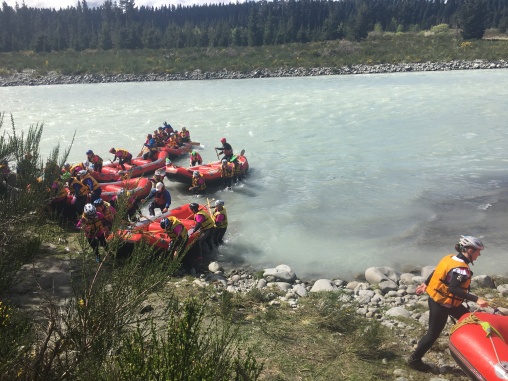 Trying to find a landing spot 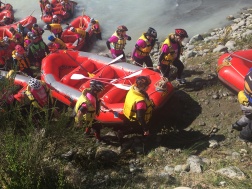 Off to drop the raft off 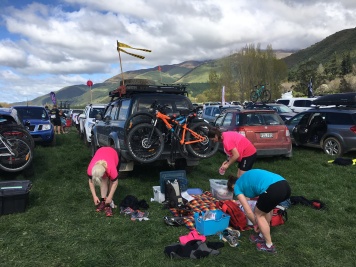 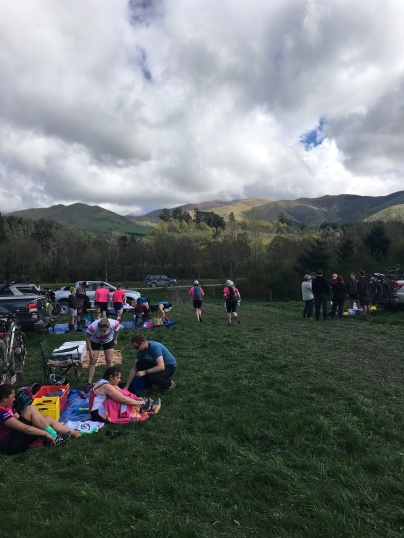 After the rafting the girls quickly got their hiking/running gear on and got underway on the 12km hike up to (almost) Little Mt Peel. Some fairly close contours on the map by my reckoning and an elevation climb of about 630m!!!

The calm before the hill climb

And the incline begins

See you in two hours!! 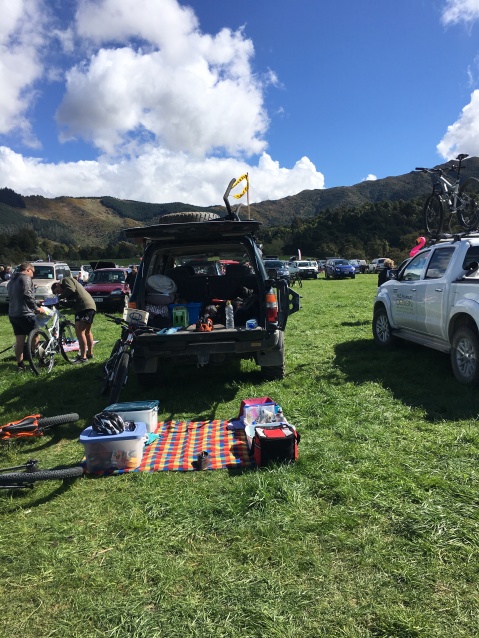 Waiting for them to emerge from the bush

Was the track a bit muddy??

By the time the team got to the next transition area they still looked in fairly good spirits despite the fair coating of mud. Another quick transition and they were off on the mountain bikes. I’m not exactly sure how long the bike leg was as it had to be changed from the planned route due to a high-ish Orari River which was meant to be crossed, but instead now had to be cycled around. 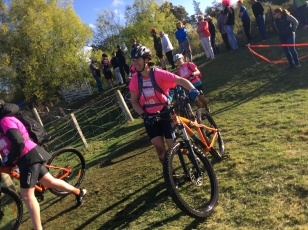 Dump the bike and run

After between 35-40kms on the mountain bike the girls entered the third and final transition area. They were still in one piece but a bit more fatigue was evident. That said, they powered through the transition area, not even really stopping. They just chucked us their bikes and they were off on the final 4kms of orienteering to the finish line.

Crowd at the finish line

The girls blitzed the final leg and crossed the finish line in a total time of 7hrs 32mins for the race which was an absolutely awesome effort.

Their splits for the race were

It was a great event and Jolie and her team did really well. Luckily the weather played ball too; that made the support crews life a bit easier not waiting around in the rain!!