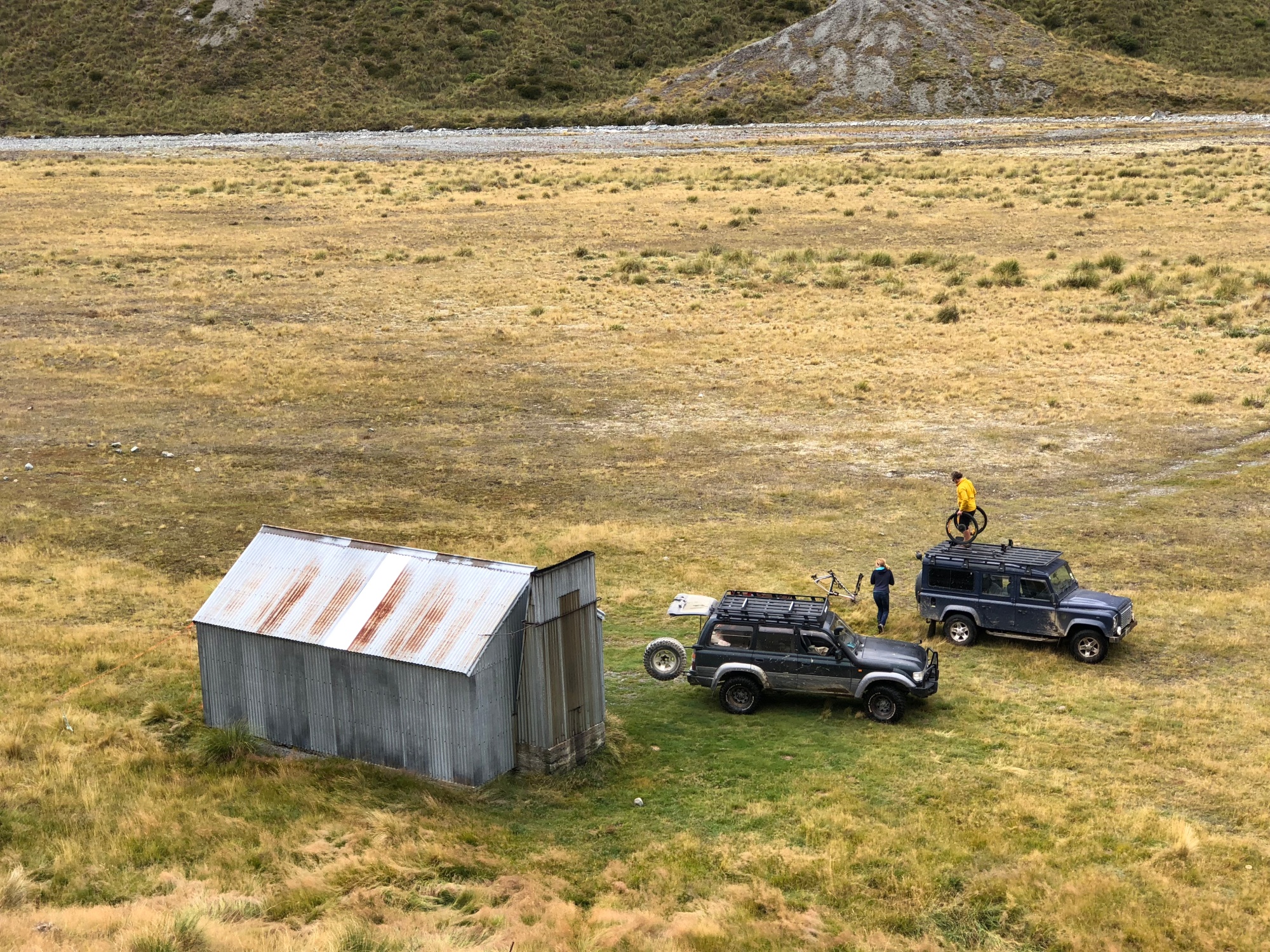 We had been thinking about 4WDing to Top Hut up the South Ashburton River valley for a while and when our friends purchased a 4WD we used this as a great excuse to stop thinking about it and do it.

The plan was just for an overnighter, drive in on Saturday and out on Sunday. With us all going that was 9 people altogether so luckily the Top Hut has bunks for ten.

To 4WD into Top Hut you need to access across Arrowsmith Station, which has its homestead on the shores of Lake Heron. It costs $20 per vehicle and this goes towards track upkeep.

It is a great drive up and over the mountainous terrain with great views back over Lake Heron and the Cameron River. We stopped just before we dropped down into the South Asburton River and had lunch. There was a small spot height of 1350m that we climbed up and it gave us good views up and down the valley. Unfortunately there was low cloud around so we didn’t get to see the full expanse of the valley.

Once we got to Top Hut, we got to unpacking and exploring the immediate area and river.

Ryan managed to spot a dead skink down by the river. Stripey, as Ryan named him, became Ryans pet for the rest of the day.

Andrew was keen to see how far up the valley he could drive so him and Isaac jumped in the Landcruiser and headed up the valley further. They we able to get almost to the head of the valley and had some good views around the basin where the Ashburton Glacier melts into.

Top Hut itself had a great fire there, you need to take your own firewood though as there is not much to gather up the valley. The fire warmed the hut nicely and with it lined with thermal paper it retained the heat pretty well really.

The next day we woke to a perfectly clear morning which was great as the whole valley was visible.

After some breakfast we busted out the .22 and .270 for some target shooting by everyone. By the time we got onto this though the sandflies had arrived and it made for difficult shooting trying to lay still while aiming all the while getting eaten by sandflies!!!

After the shooting it was time to pack up and head on out. Just as we were about to head away a bunch of ATVs rolled up. They were exploring the valley too and on advice they could get further up the valley off they went. They looked like they would be great fun.

The trip out was pretty good and with no clouds around it made for even better scenery than on the way in.

Once out, we decided to have lunch at Lake Heron. With very little wind it was great.

Overall it was a pretty cool trip and we will be back for sure.